Frith Anderson + Peake attorneys, Walt Peake and Matt Kelley, successfully struck the plaintiff’s case in a recent City of Charlottesville wrongful death medical malpractice case.  At the close of the plaintiff’s evidence, the defense argued that the plaintiff’s experts failed to provide sufficient causation evidence demonstrating that the mother’s death had been caused by any of the alleged breaches of the standard of care or that any action could have prevented the death.  The Court carefully considered the evidence and found, with the guidance of some recent Virginia Supreme Court case law, that the plaintiff had not met his burden of proof.  On the third day of a five day jury trial, the Court granted the defendants’ motion to strike concluding the case in favor of the defendant obstetrician/gynecologist and the defendant maternal fetal medicine specialist. 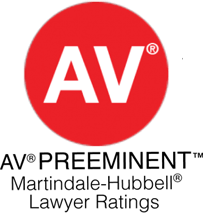